The Sierra Nevada mountain range is Spain’s largest National park. The information on this website confines itself to the western end of the range which includes mainland Spain’s highest mountain (Mulhacen 3482m) along with 25 other peaks above 3000m. The National Park is surrounded by the Sierra Nevada “Natural Park.”

Getting to the Sierra Nevada and Alpujarra

Most people accessing the popular western end of the Sierra Nevada or Alpujarra, fly into Malaga or Granada airports. Malaga airport is well served from all UK regional airports. It is possible to fly to Almeria which is well connected to Granada by both motorway and public transport. Unless you are planning a multi day trek (The Integral), it is easiest to hire a car for greatest flexibility. That said, it is perfectly possible to access most itineraries by bus.

Valley Bases in the Sierra Nevada and Alpujarra

Depending on the activities you are planning and whether or not you have a hire car available, the best valley bases for the higher peaks of the Sierra Nevada are either Lanjaron, Capileira, Bubion or Granada. If you want to experience a range of activities or climb several mountains, Lanjaron (gateway to the Alpujarra) would be best. Without a car Capileira is a good base. If you want to combine culture (Flamenco, the Alhambra, etc.) then Granada might be a good alternative (though Granada is only 35 minutes drive from Lanjaron).

Hotels and pensions are plentiful in all of these bases and there are banks and cash machines and local supermarkets too. As a rough guide to price, you can find hotels that charge around 25 to 35 Euro’s for B&B and 35 to 50 Euro’s for half board (though there are plenty of expensive ones too). If you hire a guide through Sierra Nevada Guides, we are able to arrange special rates at the Hotel Alcadima; in our opinion the best hotel in Lanjaron.

There are campsites in Orgiva Pitres and Trevelez. Without a car you would be limited from these bases.

If you need to buy walking, climbing equipment or gas cartridges then there are the following options:
Decathalon in Granada
Nomadas Sports Durcal (between Granada and Lanjaron)
Sierra Nevada Outdoor in Orgiva
Sierra Nevadensis (Spanish Guides and information point) in Pampaniera near Capileira.
Solo Aventura, Granada

Maps of the Sierra Nevada and Alpujarra

There are 3 maps that we would recommend for the Sierra Nevada and Alpujarra.

All  the maps are adequate for hill walking and mountaineering so long as you are aware of their limitations. What’s on the map is usually accurate. Some paths are shown on one but not the other! The biggest danger with these  maps though is that dont show crags! The high mountains of the Sierra Nevada are craggy yet this is not reflected in the maps. BEWARE!

All maps are flimsy and tear easily. It is a good idea to buy them in advance and laminate them with sticky back plastic.

There is also a dedicated map covering The Integral though this misses some of the ascent and descent routes!

Huts refuges and wild camping in the Sierra Nevada


There are 3 high huts / hostals in the Sierra Nevada Mountains:
1. The Poqueira Refuge 2500m Grid Ref: (4)713 (40)982
A handy base for access to the peaks of the Sierra Nevada; Mulhacen 3482m, Caldera 3225m, Cerro de los Machos 3329m and Veleta 3392m. Accommodation for up to 84 is on alpine bunks and there is a full bar and restaurant service. They have their own website, facebook and twitter accounts.

2. The Postero Alto Refuge 1900m Grid Ref: (4)819 (41)100
Accommodates up to 65 in single bunk beds. Full bar and restaurant service.
A bit out of the way though useful as the traditional start or finish to “the integral” the traverse of all the 3000m peaks. (see our notes as we start from Trevelez).

3. The University Albergue at Hoya de la Mora 2500m
Grid Ref: (4)658 (40)058
Currently being run by Sierra Nevadensis. Has the advantage that it can be reached by bus (or car) from Granada and is a starting point for a day itinerary to ascend Veleta. It is also possible to ascend Veleta and descend to the Poqueira Refuge from here (6 to 7 hours).

There are several unmanned “bivi” shelters in the western end of the Sierra Nevada. These vary in quality and squalidness!

Elorrieta Refuge 3197m Grid Ref: (4)653 (40)997
A one time TB hospital long abandoned. The main area for sleeping is a bit squalid with some old mattresses. The nearest water is in the Rio Lanjaron about 15 minutes away. Will sleep around 20 people.

Carihuela Refuge 3200m Grid Ref: (4)671 (41)006
A modern purpose built stone shelter with table, benches and bunks for 16. Situated just above and north of the col. Water can usually be gained from melting snow adjacent to the road below (to the east) of the hut.

Villa Vientos (Loma Pela) Refuge 3080m Grid Ref: (4)703 (41)003
A modern purpose built stone shelter situated just under the old road. Table, benches and bunks for 8. The nearest water is usually springs below the road in the direction of the Caldera 15 minutes away.

Caldera Refuge 3100m Grid Ref: (4)711 (41)012
A modern purpose built stone shelter with table, benches and bunks for 16.
Springs a short distance south of the road or treat water from the laguna’s.

Refugio “natural” Siete Lagunas 2850m Grid Ref: (4)739 (41)004
Natural rock shelters on a small rise just south east of Laguna Hondera.
Plenty of spring water available for most of the summer. If not treat the laguna water.

Wild Camping
Leaflets explaining the rules on wild camping are available in English from the tourist information centres. Basically you can obtain permission from the Sierra Nevada National Park though there are restrictions about camping in certain sensitive places. The leaflet does not detail either how to get the permission or where the restrictions are! The leaflets do advise that tents can only be erected from one hour before sunset until one hour after sun rise. We have witnessed people being moved on from Siete Lagunas by National Park officials when tents have been left up during the day. Personally we have never had a problem with wild camping by being discrete.

A note about Foxes!
If you are wild camping or staying at bivi huts in the Sierra Nevada, you may well encounter problems with foxes scavenging for food. They will rip their way into tents or enter huts if the door is left open. When wild camping we have a routine that is:
• Never store food in tents;
• Don’t eat in tents as the scent lingers;
• Don’t store rubbish in tents;
• Keep all rubbish neat in bags and bury under rocks overnight some distance from the tents;
At most wild campsites there are stone shelters for cooking, keep all food in plastic boxes and pile rocks on and around these overnight making it impossible for the fox to gain access.

Drinking water
All of the villages of the Alpujarra have drinking fountains “fuente”. In recent years some have notices saying not for drinking but the locals seem not to take any notice! We continue to fill our bottles from these. In the mountains, we drink spring water but treat the water from the laguna’s. Until 2010 the water at the Poqueira refuge seemed o.k. to drink, now there are signs up saying it is not treated! We have continued to drink their untreated water though you can buy water.

Weather and snow conditions
In recent years there have been a significant number of people killed in the Sierra Nevada mountains due to being caught out in winter storms. Throughout the year wind can present a problem if you are unlucky. A good forecast can be obtained via the Poqueira Refuge website. The Poqueira Refuge give a weekly update on conditions in the Sierra Nevada.

They also have a webcam pointing south and north up at the south side of Veleta and Mulhacen:

The ski resort has a webcam pointing at the North West slope of Veleta, and although they make snow at the resort, this view of Veleta gives a good indication of how much snow there is high up and there will be a similar amount on the West Ridge of Mulhacen. Click on the Borreguiles webcam:

Skiing
We are not able to offer guided skiing, however you may like to contact Jon at Sea and Snow who is a qualified ski instructor.

Busses to gain height
From the South side, the Sierra Nevada National Park operate from their information centre in Capileira most years from June through until October, or the first snow (this will vary from year to year). Similarly on the North side from the University Albergue at Hoya de Mora. This makes Mulhacen accessible in a day. As the schedules change from year to year and as places on the bus are limited, you need either to call in or telephone to check the availability and book your place. 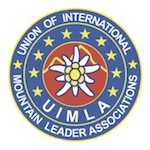